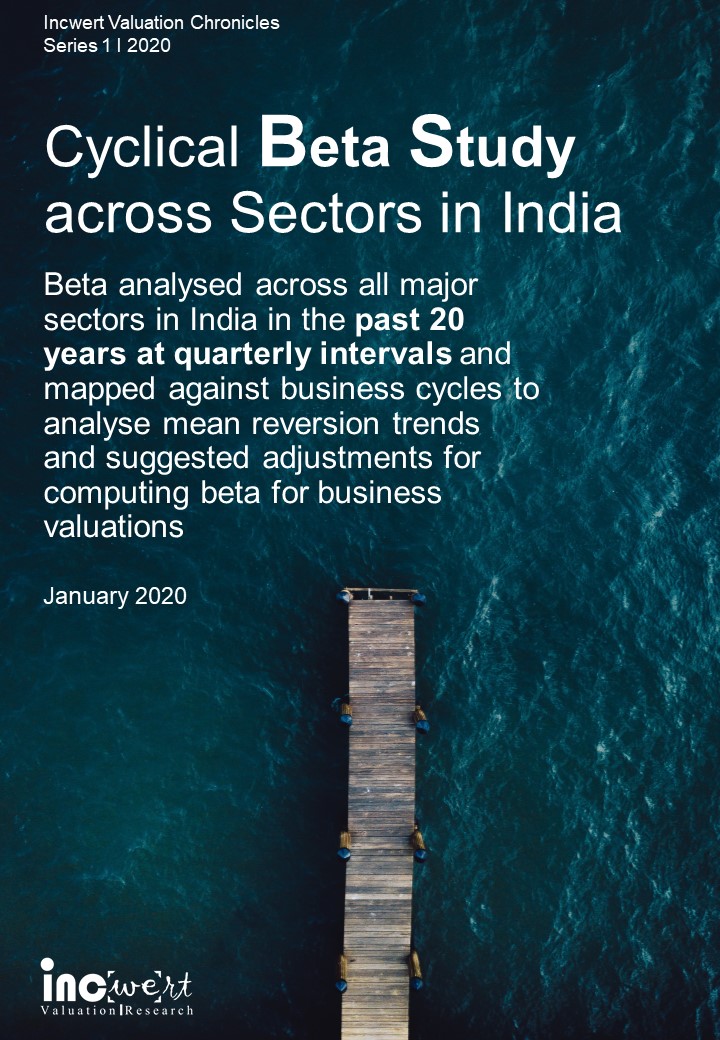 Assessment of systematic risk of a company in the form of Beta, an essential determiner in the capital asset pricing model, tends to be generated by valuers based on current conditions prevailing during last 1-3 years and occasionally up to five years without accounting for conditioning information.

In this paper, we have presented a study of Cyclical Beta to account for conditioning information, given that the relationship between stock returns and economic variables is not constant over time. The study analyses the Beta for various sectors in India in the past 20 years in conjunction with the business cycle – expansionary or contractionary - at that point-in-time.

1.Ready reckoner for sectoral Beta across sectors and business cycles between 1999-2019

2.Discovery of median values for the expansionary cycle and contractionary cycle Betas in specific sectors

Median cyclical sectoral Beta may be used based on the long-run Beta values for the sector. Adjustment could be based on valuer’s judgement of whether the economy is in the expansionary or contractionary cycle, determined after analysing the macroeconomic indicators and state of the economy. 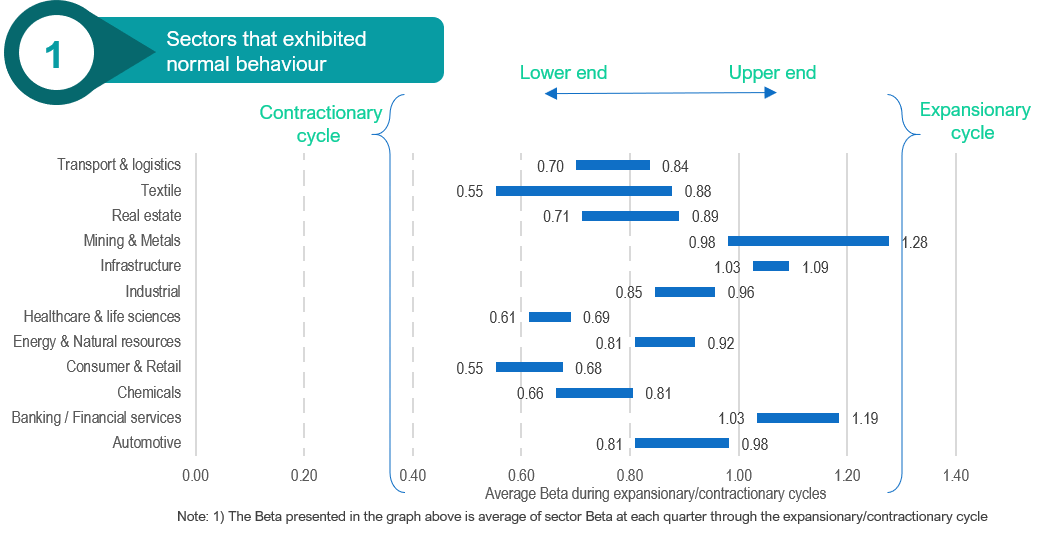 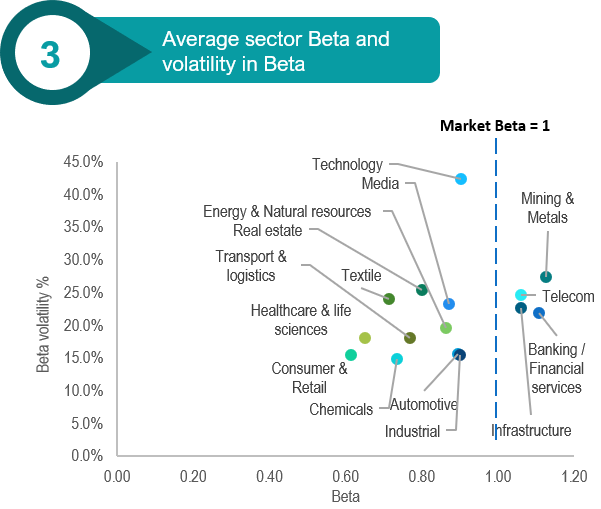 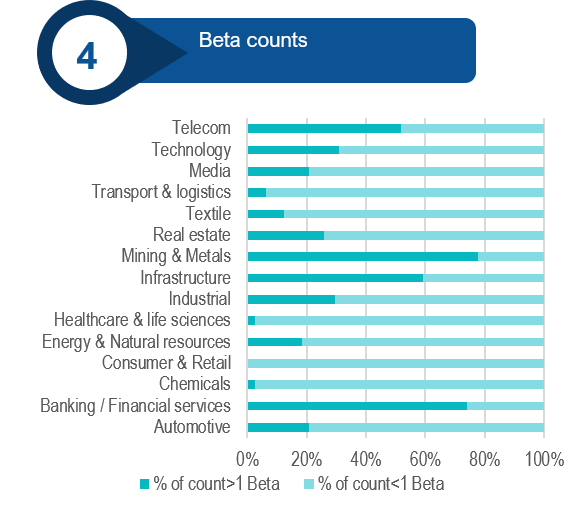 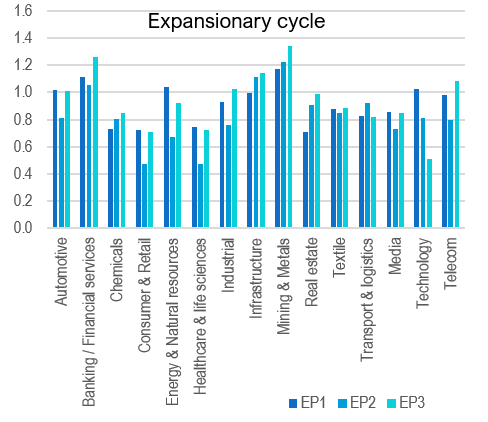 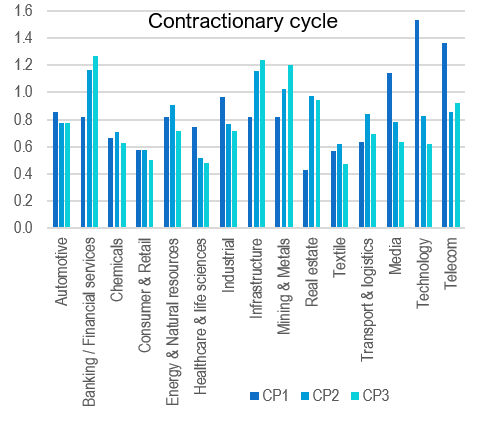 Limitations of the study

This publication has been carefully prepared only for education purpose and is not a research report or any kind of investment advice. Neither authors of this publication nor Incwert Advisory Private Limited have any kind of conflict of interest with any company / firm / entity which have been cited and have been used for the sole purpose of illustration.  It has been written in general terms and is not intended to address the circumstances of any particular individual or entity. Although we endeavor to provide accurate and timely information, there can be no guarantee that such information is accurate as of the date it is received or that it will continue to be accurate in the future. It should be seen as broad guidance only and does not constitute professional advice. You should not act upon the information contained in this publication without obtaining specific professional advice after a thorough examination of the particular situation. No representation or warranty (express or implied) is given as to the accuracy or completeness of the information contained in this proposal, and, to the extent permitted by law, Incwert Advisory Private Limited (“Incwert”), its members, employees and agents accept no liability, and disclaim all responsibility, for the consequences of you or anyone else acting, or refraining to act, in reliance on the information contained in this publication or for any decision based on it. Without prior permission of Incwert, this publication may not be quoted in whole or in part or otherwise referred to in any documents.