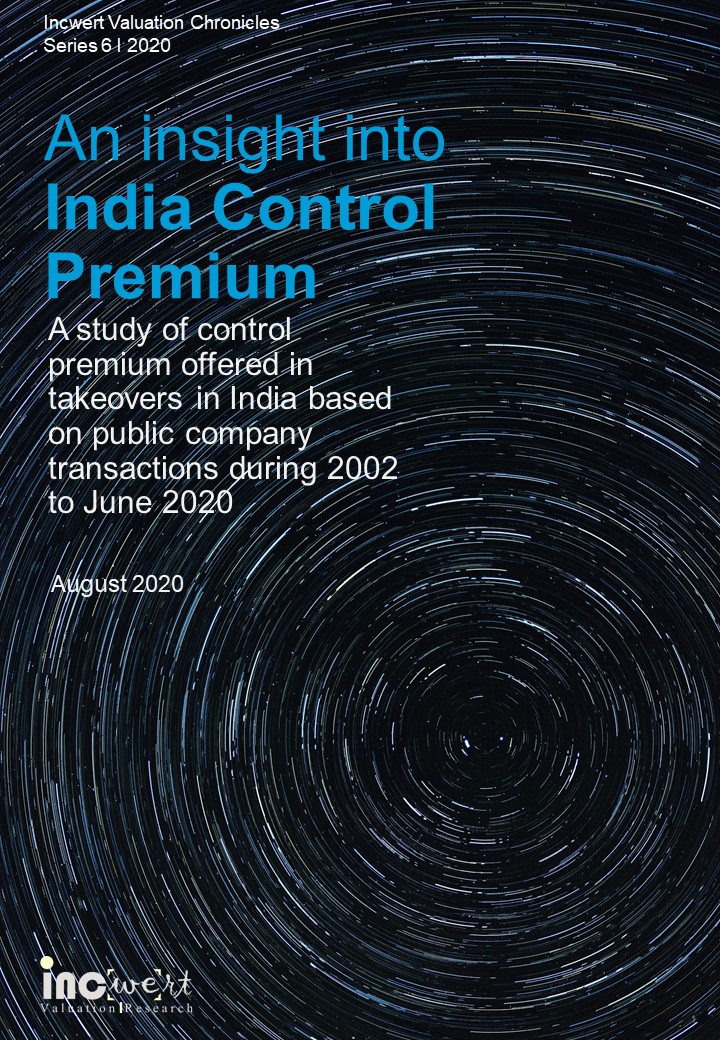 The second edition of Incwert’s India Control Premium Study, 2020 is an update to the previous year’s study. The study analyses 18+ years (March 2002 to June 2020) of premium offered in takeovers in public transactions which triggered open offer obligations on the acquirers.

A Control Premium is the additional consideration that an investor would pay over a marketable minority equity value (i.e., current, publicly-traded stock prices) to own a controlling interest in the common stock of a company. In the case of India, the reference to base price was drawn based on the offer price guidelines set in the SEBI (Substantial Acquisition of Shares and Takeovers) Regulations, 2011.

The paper presents the Control Premium in the mergers & acquisitions of Indian companies segregated by industry, time series and different bases of premium. The analysis and statistics are only estimates, and it is important to consider the characteristics of the likely market participants and the level of improvements to the cash flows and synergies available to those market participants when estimating premium for a specific company.

The statistics reflect median/averages over a wide range and note that the actual premium paid in any given transaction depends upon the negotiation dynamics.

We hope you find the results of our study of interest and value.

Base price considered for computing the Control Premium

% of total transactions with 60day VWAP
%
Total no. of transaction analysed: 550+